Share a memory
Obituary & Services
Tribute Wall
Read more about the life story of Louis "Bud" and share your memory.

Louis Francis Wright, Jr. "Bud," 78, of Baltimore, passed away on Monday, January 9, 2023, at his home, surrounded by family. Born February 20, 1944, he was the son of the late Louis Francis Wright, Sr., and Ruth Aileen Harris. He was the loving husband to Roxanne Wright, to whom he was married to for 59 years.

He served the Baltimore City Police Department as an officer for 18 years. Bud enjoyed listening to music, especially his satirical songs and Irish music. He could always be found fixing and tinkering with things in his workshop and on his truck. He had a creative mind and while not conventional he could fix most anything. He loved traveling with Roxanne and his family. After retiring, they lived in their 5th wheel with their two beloved "scottie" dogs and travelled the United States. Bud loved walking the dogs at campgrounds and making new friends with everyone he met. Living in the 5th wheel allowed them to volunteer at state parks and be able to split their time with their 4 grandchildren. Bud always wanted to be with family. Even when he had to work three jobs, he still always found time to be with the ones he loved. His grandchildren all viewed him as a strong, influential figure in their life. Everyone around him admired him for his love of family and hard work.

Services will be private. 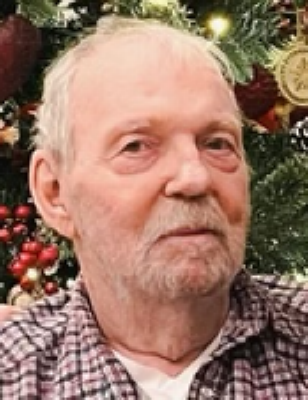 Look inside to read what others
have shared
Family and friends are coming together online to create a special keepsake. Every memory left on the online obituary will be automatically included in the book.

Family and friends are coming together online to create a special keepsake. Every memory left on the online obituary will be automatically included in the book.

You can still show your support by sending flowers directly to the family, or by planting a memorial tree in the memory of Louis "Bud" Francis Wright, Jr.
SHARE OBITUARY
© 2023 Myers-Durboraw Funeral Home. All Rights Reserved. Funeral Home website by CFS & TA | Terms of Use | Privacy Policy | Accessibility